“Steel before panels” delivers industrial project ahead of schedule

It is well known within the industry that tilt-wall construction allows for faster turnaround times. However, the Arch-Con® Industrial Division recently implemented a tilt-wall construction technique for the Grand National MDC project that shaved off even more time for this project: erecting the building’s steel diaphragm before the tilt-wall panels. Few contractors in the nation (and fewer in Houston) are constructing buildings in this order. This almost 800,000-square-foot building went from ground-breaking to dried-in in just over four months.

How the steel is erected before the tilt-wall panels

The project team started by building the interior bays (joists and joist girders) on “jigs” on the completed portions of the slab, leaving open the perimeter bays for panel construction. This erection method was made possible by the use of a 275-ton lattice boom crawler crane with a boom length sufficient to erect the center of the 550’ wide building building safely from the exterior. By erecting the steel with the crane along the outside perimeter of the building, the team eliminated the need for a crane or heavy equipment on the concrete slab, preventing potential marking, or worse, cracking of the slab. The finishing of the slab has a Super Flat floor rating of FF65/FL50, far surpassing the 60/40 minimum required for a Super Flat classification. This would not have been possible if the crane or any other heavy erection equipment had been utilized on the slab via traditional erection methods.

Additionally, while erecting the steel, the team simultaneously made concrete slab and panel pours to stack tasks and expedite the schedule. 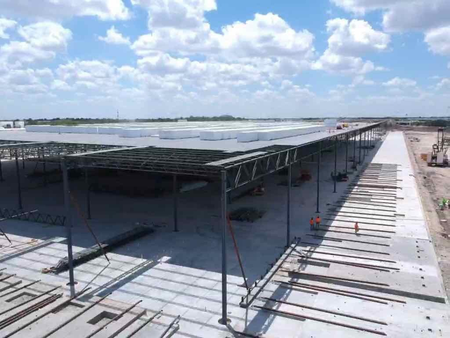 How the process gives the team more time

This method allowed the team to trim more than a month off the contractual completion date. Since weather delays were not an option for this project, the extra time allowed for past and future rain. Additionally, rain and bad weather are not ideal for pouring concrete tilt-wall panels with a “glue down” form requirement; erecting the steel first prevents further weather delays as the steel erection, roofing and MEP rough-in can continue while the slab dries and tilt-wall panels can be poured after a rain event.

The method also allowed the team to start work on other components of the project that would not have been available to start if they had erected the tilt-wall panels in the traditional first-up method. By the time panels were ready for erection, the following were completed: 75% of the structural steel, 75% of the roof decking, 50% of the TPO roofing system, 50% of the fire sprinkler overhead piping and 25% of the MEP overhead. The duration and length of time to install the slab allowed the crew to receive the steel early, so they could start erecting it in the middle of the building.

As a result of weather delays and unforeseen soil conditions below the building pad, the project was postponed five weeks from the original commencement date. After clearing and removing the existing parking asphalt base, it was discovered that the previously installed subgrade was insufficient and not to the tenant’s requirements. With limited documentation on the existing soil compaction, test pits were dug across the site to a depth of four feet below natural grade to inspect the soil density. The end result was the complete removal and reinstallation of the existing soil in eight-inch lifts to the correct compaction requirements.

By working extensively and closely with the erection contractor, the project team decided that erecting the interior bays first was the best way to get back on track and, even better, ahead of schedule. It was also determined to be the most economical solution.

At 770,640 square feet, Grand National MDC is the largest of the six buildings on the Grand National Business Park project. The other buildings aren’t large enough to constitute erecting the steel before the tilt-wall panels, as this technique would not be cost-efficient. Additionally, Grand National MDC is a build-to-suit building, so the team needed to get the building dried in as quickly as possible in order to start the tenant build-out areas and secure the building early for owner-provided equipment. The other buildings are shell buildings, so early dry-in was not as crucial.

Six buildings on 100 acres completed in less than 12 months

In addition to executing the new tilt-wall technique on the Grand National Business Park project, Arch-Con is constructing six buildings simultaneously on more than 100-acres in less than 12 months. A development of this magnitude usually takes 18 months to two years to complete. 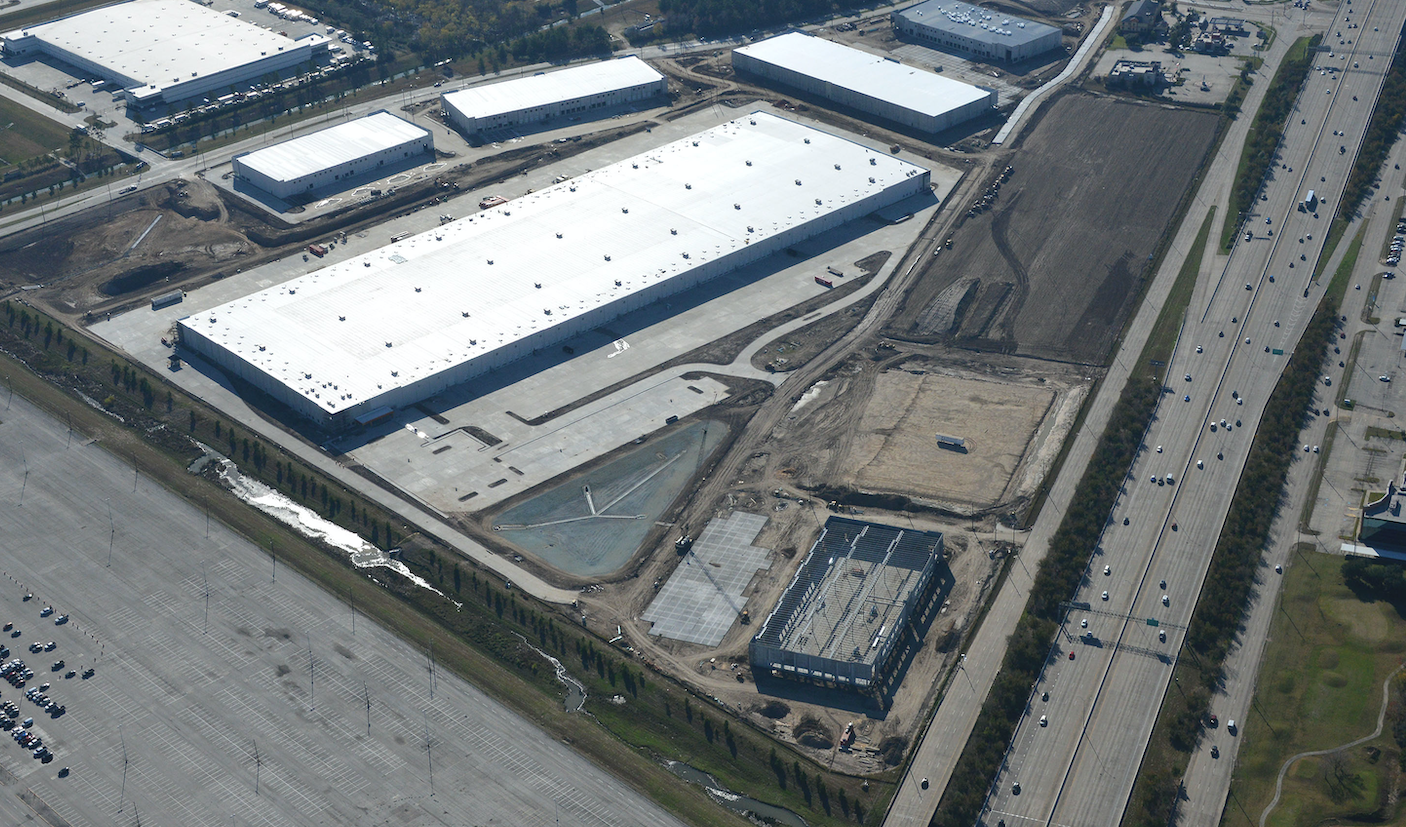